Would you prefer no callout charge, just a telephone call?

A gentleman in Morecambe had been installing a Yale Wireless Security Alarm for the first time when he suddenly realised that even though he is an intelligent chap,  for some reasons he 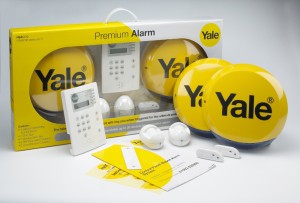 wasn’t prepared to actually program the system when it came down to it.

He give me a call and asked me who would drive from Bradford through to Morecambe, to set his system up and I pointed out that the round-trip would be around 180 miles and so if I did the job I would have to charge a significant amount due to the travelling time. He was prepared to pay the amount so I set off around 10 AM in the morning, on what was going to be a 5 ½ hour round trip. The vast majority of the time was spent in travelling on the country roads with the actual time spent at the job only been in the region of about 30 minutes, so it did seem a terrible waste of time in many ways but  there just wasn’t anybody in that Morecambe area for this gentleman to use for this system.

Whilst I was driving out to the job I did think, would it have been possible for maybe the customer to set up a laptop facing the control panel with a web cam switched on, where I could instruct him over the telephone and watch at the same time?

I think the answer is possibly I could have given this customer the instructions over the telephone, it all depend on level of his confidence. The shame of this situation was that the customer and actually completed 95% of the job himself by installing the equipment, leaving only the easiest bit left the programming of the system.

I’ve often thought over the years that when you’re in a particular type of job you obviously get to become an expert in that particular job which in my case is security alarms and CCTV.

When I visit a property which has a fault with the security alarm which can be either an hardwired or wireless system, I almost always immediately know exactly what the problem is and can fix it quickly because I’ve seen same fault many times before.

When you consider that say on an average local daily repair job which takes about 1 ½ hours, the vast majority of that time over an hour is travelling to and from the job itself with only the minority of the time in actually at the property conducting the repair itself.

I have thought would it ever be possible with faster Internet connections, better quality cameras on laptops and mobile phones to get to the point where maybe an engineer in some cases could give the instructions how to conduct the simple repairs to security alarms to the actual customer, so saving the time having to travel to the job by the engineer.

Obviously there are many repairs where test equipment needs to be used which means you need a qualified engineer to operate it, and there are faults which are complicated needing a knowledgeable engineer to trace them, but you never know one day maybe far very simple repairs the engineer might remotely give instructions to customers saving some time and money from the customer.

Remote fault finding, what do you think will it ever happen or as it happened already?