If you examine a typical CCTV installation especially in the domestic market, unfortunately you often find that the equipment is mismatched and doesn’t give the best performance due to a 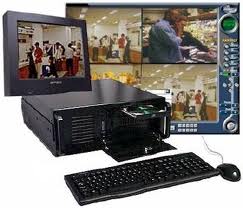 Firstly if the installation is using high-resolution 600 to 700 TVL cameras which are often night vision you basically have to make sure that your digital video recorder DVR and monitor are both equally as good at replaying and displaying the recorded images.

Often you will find that when good cameras have been used once you play back the recordings on the machine they are not as good as the lively images, and if this is the case this defeats the object because if an occurrence happens where you need to provide the evidence of the recorded footage, you don’t want inferior images which could make it more difficult to prove the facts, or if they really are of low quality it my make it impossible to use recordings as evidence.

This poor quality playback can be down to two things, firstly the DVR is not being of a good enough standard to be out to produce clear recorded images or if it is good enough the settings in the machine have not been adjusted to give the optimum performance.

Digital video recorders that are made for CCTV print the time and date into the recording so that the footage can be used for evidence by the police but of course you do need quality recordings. I shall now explain what to look for in a DVR so that at least it can produce recorded images which are on par with the live images from the cameras.

In the menu of the DVR there is a section for adjusting the quality of recorded images with the following settings for the recording quality which start at CIF 1, CIF 2, CIF 3, CIF 4 and D1, with the quality of the images progressively getting better with D1 being the absolute best. If you’re playing back a recording on a machine and it can handle 25 frames per second in D1playback this is as close to the quality of live images as possible. At the opposite end of the scale CIF 1 will give recorded images but with a lot less detail than the live images.

On budget machine sometimes you can get the DVR which will reproduce the images in D1 but they cannot handle 25 frames second and maybe can only do six frames per second, but this is still quite good if the machine wasn’t expensive. With a very good quality machine as in the above description it should be to produce D1 recordings at the full 25 frames per second..

Now if you bought the high-resolution cameras and you’ve got the quality DVR final piece of the equipment which needs to be up to standard is the monitor, you need a high resolution monitor which once again can reproduce the recording in its clearest format.