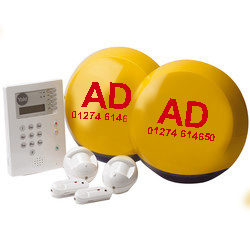 inexpensive. Also, the practices to avoid when companies are masquerading services that are really there primarily just to make them money.

In this particular blog entry, I will explain what in AD Alarms opinion is the best wireless security alarm system on the market at the moment, which provides the best service at the lowest cost.

The auto dialler is particularly useful because it will on all alarm activations ring up any pre-programmed mobile or landline telephone numbers with a pre-programmed message from its owner, which enables the owner, friends, or family to act as a free monitoring station of the system. We all think at AD Alarms that this is a very useful and practical accessory to the security system. There are some very well-known large installation companies that offer to install your security system extremely cheaply, so long as you sign up with them for a number of years monitoring service and that’s fine except when you think about it you are actually paying every year, every year ! For something, your friends and family can do for free by just having their numbers programmed into the alarm system.

It is possible to program up to 40 detectors into the system, which is obviously far more than most people would ever require. We install the average system for approximately £400 throughout the UK. The average system compromises of the main control panel with a built-in 120 DB internal siren, built-in auto dialler, two wireless magnetic door contacts, two wireless passive infrared sensors, one external self-acting siren box with LEDs and one dummy siren box at the rear of the property.

Wireless systems are particularly useful for external buildings like garages, workshops, and sheds because it’s easy to quickly install a passive infrared or magnet 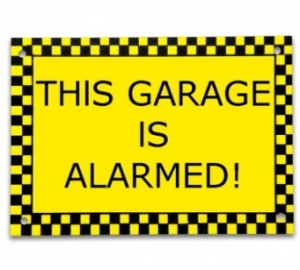 all the accessories you could wish for, I shall give you a quick run-through of what’s available.

Probably the most popular accessory is the remote keypad because this gives the customer secondary control of the security system from anywhere within 30 meters of the main control panel. This can be particularly useful for example in a garage where it is possible for the customer to arm the entire house and garage during the night but then in the morning switch off the house alarm detectors if they are at home but then rearming the garage for daytime. Now if say father comes home from work and wants to park the car without going into the house first, he can now do so by simply disarming the garage on the wireless remote keypad and then rearming the garage before going into the house.

A remote key fob keyring with a built-in panic button, can be used to arm the system as the customer leaves his house from outside, which flashes the LEDs on the siren box to visually signal the system is armed. 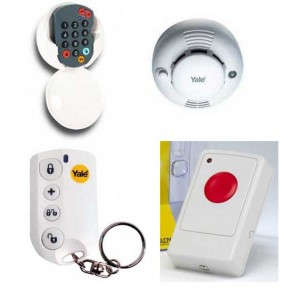 When you’ve been in the business as long as I have, you’ve seen most of the money-making schemes which large companies try to sell as so-called services, which are mostly just money-making schemes for them. For example, cleverly worded contracts where you don’t actually own the security alarm equipment but are only renting it and are forced to have your system serviced every year for a set period of years. Sometimes the main control panel is programmed so that after an alarm activation the customer cannot reset their system, they have to call for the installation company to come out to investigate and reset the system, but obviously that means they receive a call out fee each time.