On 21 February the BBC aired a television program, highlighting the fact that in the county of West Yorkshire there is the steepest rise of burglary, in comparison to any other county in the UK, especially by breaking door locks to gain entry.

Four years ago AD Alarms worked with an organization set up by the Bradford police called SPEED, which stood for Securing Property Easily and Effectively Daily.

They knew that the standard Euro cylinder door locks that had been fitted to UPVC and composite doors for many years had a defect. This meant they could be broken easily by burglars.  At the time this was almost totally unknown by the public and posed a dilemma for SPEED. If they publicized the fact to encourage people to change their locks for a safe version, this would also inform the burglars that the locks are vulnerable. It was decided to try to keep this information quiet until as many locks as possible had been changed. Unfortunately in today’s world of the Internet and media, the news soon got out.

lock protruding out beyond the front fascia of the door. In this situation, it gives burglars the opportunity to be able to grab the front of the protruding lock with mole grips and then twists and snap the whole locking mechanism from the center, its weakest point! The burglar can then remove the whole lock usually in less than 60 seconds.

The remedy to this problem is to replace the locks with anti-snap cylinder locks, which have anti-snap cuts on both sides of the lock, positioned 15 mm from the end of the cylinder. Now if unreasonable force is applied to the end of the cylinder, it breaks away at the ant snap line but leaves the locking mechanism still inside the door. If this happens it is still possible for the owner to use the lock by inserting the key, it will still work even though the actual lock is now shorter and recessed into the door. Anybody knowledgeable on the subject can recognize the anti-snap locks from outside the premises and of course, this poses a big deterrent to any would-be burglars before they even attempt to break the locking mechanism.

There is also another way of gaining entry through door locks, that requires a little more technique and skill than the sheer brute force used in the example above, and it is called bumping locks. In its simplest description, bumping locks is the technique of hitting the key and using twist torque at the same time, which can literally bounce the locking cylinders open.

This can be stopped by combining the anti-snap lock with another feature of the anti-bump /zero lift mechanism. If both these features are incorporated into the anti-snap cylinder lock, they provide good quality and safe locking mechanism for any door.

The BBC program about door locks and how burglars get in.

Sash Jammers are also extremely effective on doors; they are bolts that twist 90° and lock into position making the door stronger. They are particularly effective on patio doors situated at the rear of the premises this being the most vulnerable point of entry into a house.

When an intruder alarm is triggered by an attempted forced entry, it will immediately go into an alarm condition, emitting its loud warning siren sound and flashing strobe lights, but also very importantly it will then ring out using the auto dialler’s pre-programmed numbers, sending the warning message to any friends and family on their mobile or landline phones.

We can install the Yale Wireless Alarm including autodialler for only £328 fully inclusive and guaranteed, click here for the specification.

Firstly there is more functionality with the wireless systems, secondly, they represent better value for money, and thirdly there is a much stronger visual deterrent from outside the property because it is more obvious to educated eyes which brand of the wireless system has been fitted and whether that specification of system usually has a built in the auto dialler. 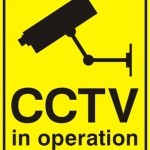 Once again by simply having the external cameras visible and possibly accompanied by warning signs that say CCTV is installed, this is a very big deterrent to any would-be burglars.

A common mistake with CCTV, especially domestic installations is that customers buy cheap low resolution LED cameras which virtually do not work at all in night-time conditions. We usually recommend investing more money in the cameras and buy good quality night vision models.

We Install, Service, and Repair Wired Alarms, Wireless Alarms and CCTV throughout the UK. Just contact us for friendly advice