Being a Wireless Alarm Installer for many years, we would highly recommend this kind of system if you have a 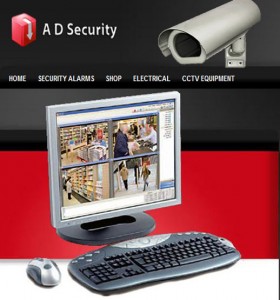 temporary situation where you want to install the security alarm, anticipating that you will be moving on in the not too distant future. Say you are about to rent a property for a six-month period whilst you look for a more permanent situation, wireless alarms are the perfect solution because you can install them quickly and remove the equipment  in the future.

Quite the opposite is true if you go for a hardwired security alarm. To install that kind of system it is necessary to literally lift floorboards, burying cables or hiding cables in trunking which takes a great deal more time and skill than the wireless system. All this time and effort will be lost as far as you’re concerned when you move in the short-term future. With a hardwired security alarm, it is still possible to remove the equipment, but it leaves a messy situation with cables having to be destroyed by cutting them off, or they are left sticking out of ceilings and various other parts of the building, like where the main control panel is situated. So on both counts, this is not the ideal situation, you are either leaving a bit of a mess if you remove the equipment, or you just accept you have to leave the system behind in its entirety and accept the loss.

But on the opposite side with a Wireless Burglar Alarms, it can be removed in its entirety with absolutely no problem whatsoever. There will be virtually no mess because usually the only part of the equipment that has a wire is the main control panel with its integrated auto dialler and this is usually just simply plugged into the ring main of the property, with everything else being totally wireless. In fact, if you were anticipating moving in the short-term future I would recommend using the stick keypad that usually comes with the passive infrared magnetic contacts so that when you remove them there aren’t even any holes left in the walls or doors. If you’re installing the Wireless Alarm into a permanent situation I would recommend actually screwing the sensors into their situation so there’s no possibility of them being accidentally knocked off.

There are also other advantages to Wireless Security Alarms in comparison to the hardwired systems in our opinion as a company, that is not included in the hardwired versions. Things like the built-in ability to be able to telephone into your property and because the auto dialler is built into the main control panel, allows you to test and switch your alarm system remotely from any location in the world using your mobile phone or landline from any location.

Also, another big advantage is that because  Wireless Intruder Alarms have Auto Diallers that are usually built into the system, so  they cost less money than if you use a  hardwired system where you have to buy a separate standalone auto dialler and then physically have to wire it to the main control panel and telephone point. The hardwired auto dialler will cost more money and take time to install making it more expensive on both counts.

The other big advantage with Wireless Security Alarms is that you can usually add as many sensors as you require at any point in time quickly and easily because they are just programmed into the system and require obviously no wires making it quick and easy.

One of the most useful situations this can be applied to is if you want to add passive infra-red  or magnetic contacts to an external building like a garage workshop or shed. It is literally just as easy to install them as it is in the main building because they require no cable running from the main building to the exterior building, which can take a great deal of time and skill with the hardwired alarm. In fact with hardwired alarms sometimes if it is impossible to hide the cable underground because the surface is concrete or some other permanent covering, the only way to get a wire from the main building to the exterior building is by running a steel wire overhead and securing the alarm cable to it. Alternatively, if it is possible in the hardwired system to hide the cable underground, it will still be time-consuming because you will have to bury the alarm cable underground in some sort of protection like a tube.

So returning to the ease of installing sensors into an exterior building using wireless alarms one of the best applications for this is quite often the garage. It is possible to place protective sensors in the garage quickly and easily and quite often a second wireless keypad. Now it is possible for the property owner to be able to disarm the alarm during the daytime when they are at home, but still, arm the garage protecting it from intruders. And typically if somebody returns home from work and wants to drive straight into the garage without entering the main building, they can do so by just disarming the alarm on the remote keypads, driving straight into the garage, and then re-arming the wireless alarm before entering the main building.