You can get up to 2 years before the batteries need replacing, but we advise that once one of the batteries shows signs that it is now showing low levels of power, replace the entire set throughout the system.

These are the following indications that its time for your Yale wireless alarm to be serviced with replacement batteries
The warning signs that the batteries are in a low condition depend on the system fitted but these are some of the indications. Once the batteries themselves are showing indications that they are in a low condition they will continue to work for up to one month before complete exhaustion.

We will travel up to 100 miles to install from Leeds and Bradford but beyond 20 miles of Leeds, there will be a small additional cost for fuel and time. 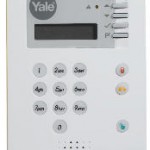 Control Panel beeps five times instead of once when arming the system.

Before checking any sensors by removing lead it’s best to put the system in the programming menu to avoid tamper open circuit indication.
Passive infrared sensors are flashing constantly rather than only when movement is indicated. Replacement batteries are pencil alkaline AAA. Once again it’s worth noting that this constantly flashing LED can indicate just a tamper fault with the passive infrared Microswitch.

Magnetic contacts indicate a low battery by flashing constantly rather than only when the door is opened. Replace the internal battery with the + polarity uppermost being careful that the contacts are correct. Use a CR2032 lithium battery.

The same CR2032 lithium battery is used in the key fob which is accessed by removing the backplate. If the batteries are replaced successfully the red LED will stay on constantly for a short period of time. 0nce again a 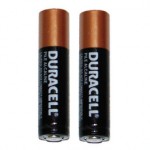 CR2032 lithium battery is used in the remote keypad which is accessed by removing the two Phillips screws on the backplate once again making sure that the lithium battery has a positive sign upwards, and pressing one of the keys on the front to see the LED light indicating a successful replacement

The external siren box produces a number of beeps when the batteries are low and it will do this whether the system is armed or disarmed. If the same beeps are heard only when 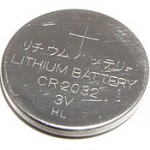 the system is being armed which indicates that the tamper switch is gone open circuit rather than the batteries being low. It is best to switch off the tamper circuit before removing the external lid of the siren box and also and then once the lid has been removed temporarily switch off the power switch. You next need to remove the four screws that cover the battery enclosure and replace it with four alkaline D batteries. Obviously re-energizing the box before putting the lid back on and you should get an instant indication with the alarm box flashing the LEDs and producing a beep. Now switch tamper protection back on.  It is worth noting that the siren box can produce a beeping sound if the tamper switch goes open circuit but this would only occur when the system is armed, in contrast to the same sound which can occur when the system is armed or disarmed if the batteries are low.

AD Alarms offer a complete replacement battery and service with a full systematic check of the system with a certificate on completion.
We do a complete walk test of the system and adjust any aspects which are not performing accurately and will replace any parts which may faulty without the additional cost of labour only the cost of the parts.

1 Customer can be retrained in the usage of the system if required and we can give instructions on how to go into the programming menu and change any aspect which might be beneficial.

2 The autodialler will be tested for operation.

3 A security report on the premises from our expert point of view can be given free of charge if required. 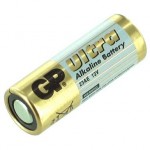 The average cost of a service to the alarm system is £75 including batteries.